The Rock of Cashel originally began as a wooden castle built upon a solid rock foundation with the primary function of protecting the Irish Kings of Munster.  It is believed to be the location where St. Patrick converted the King of Munster, King Aengus, to Christianity.  In fact, legend has it that during the baptism, St. Patrick stabbed King Aengus through the foot with his crozier. The king did not react to the pain, thinking the stabbing was just part of the rite of becoming a Christian.

After the Norman Invasion of then 11th century, the Kings of Munster no longer felt the rock provided adequate protection and donated the land to the church, who  immediately began building an abbey and stone fortress. Building continued on the site between the 12th and 16th centuries when it was over taken by English troops in 1647 (though most of the buildings on the site are from the 12th and 13 centuries).

These ruins gave us a taste of medieval architecture with its turrets, extensive graveyard with its beautiful high crosses and ornate abbey.

The tower was the first structure on the site, built in the early 12 century.

The Romanesque arches of the cathedral.

Presently the ruins are in the process of restoration for safety purposes.

Visible from the west side of the Rock are the desolate ruins of an undisturbed abbey.

Dakota waiting for our return.

Where tourists come to kiss the Blarney Stone and gain the gift of gab or blarney. No we didn’t, Steve’s stories are already long enough. 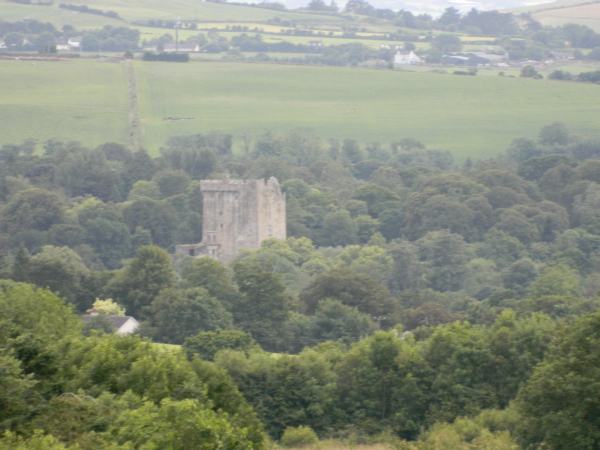 Blarney castle in the distance. 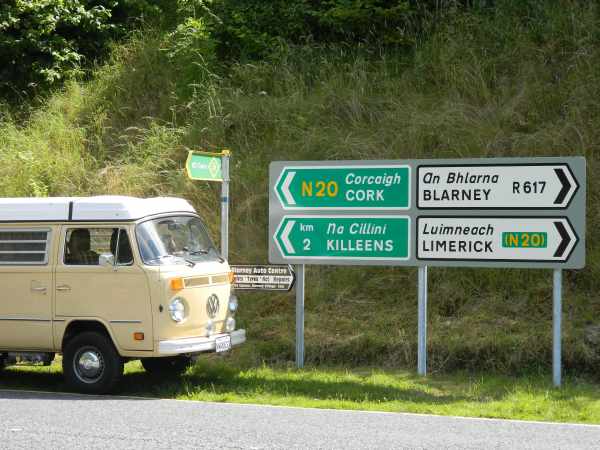 We were sad to have to contemplate leaving the breathtaking island of Ireland. We booked our return ferry ticket to Holyhead, Wales, UK. Our last stop in Ireland was a tour of the University of Dublin.We met up with a wonderful instructor of agriculture at this college,one of Europe’s top research intensive universities, who explained that this beautiful, friendly campus is home to an agriculture department that specializes in forestry, environmental science, agriculture science, and veterinary medicine.  We toured the agriculture school and the rest of the campus including a large new science building. 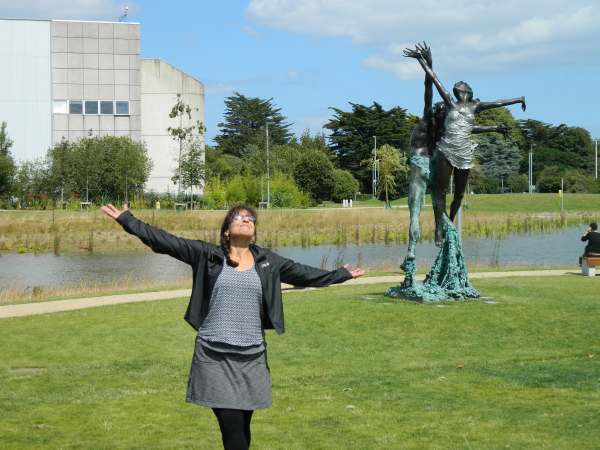 Jeanette enjoying the sunshine in the college square

3 thoughts on “Our Last Days in Ireland”